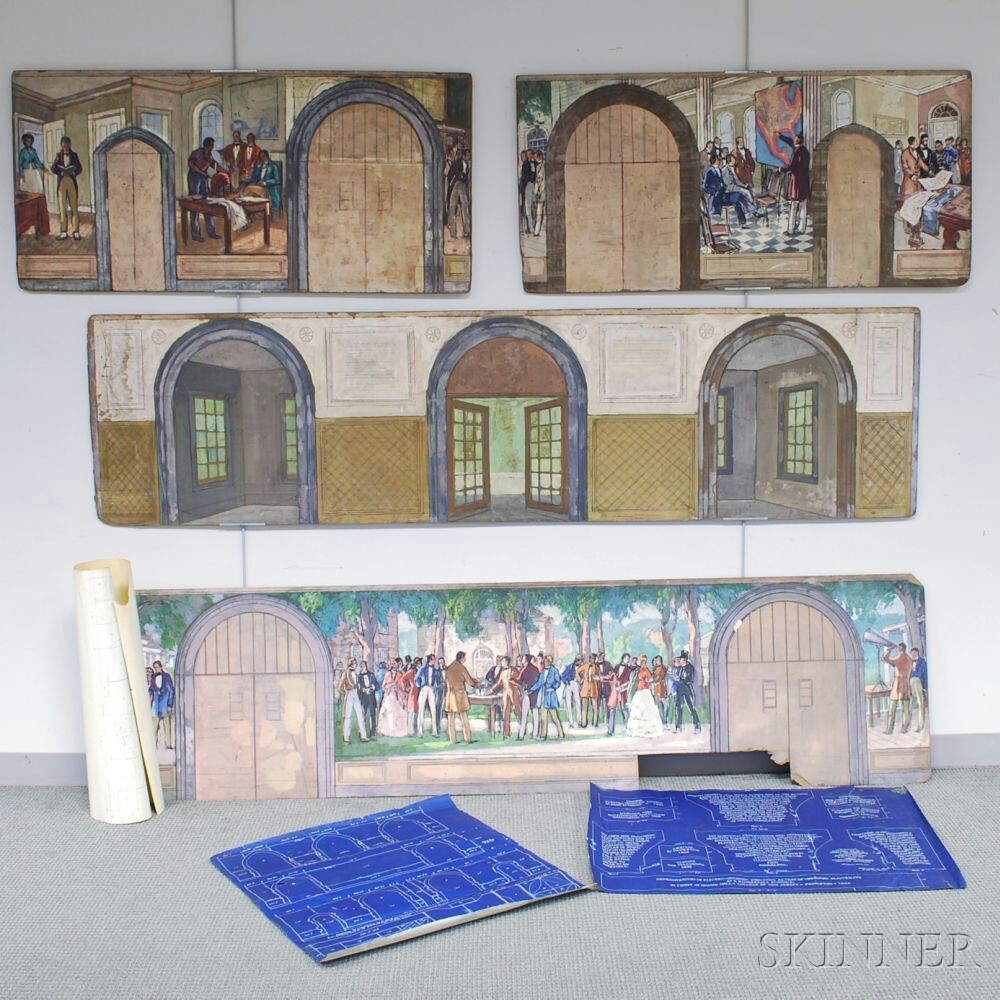 Four Mural Studies for the Entrance Hall of the John C. Green School of Engineering at Princeton University, 1946. Unsigned, main panel inscribed "Gifford Beal/19 Atlantic Street/Rockport/Mass" on the reverse. Oil on Masonite, sizes to 23 1/2 x 91 1/2 in., unframed. Condition: Panels with losses to edges, main panel with a cut-out and broken area at l.r. edge, one side panel with water staining, all with surface grime and general wear.

N.B. The lot is accompanied by seven blueprints of elevations for the entrance lobby credited to Ernest F. Tyler, New York City, February-May, 1946, and titled "Scheme of the Canvasses by G. Beal to be Hung on the Walls of the Entrance Hall of the Engineering Building, Princeton University." The blueprints provide a key to the mural subjects.

Gifford Beal was a member of the Class of 1900 at Princeton. The murals, purportedly created to celebrate the bicentennial of Princeton's founding, were located in the lobby of the John C. Green School of Engineering and presented the significant accomplishments of Joseph Henry (1797-1878). A leading American scientist, Henry was a professor at Princeton from 1832 to 1846, and he went on to become the first Secretary of the Smithsonian Institution, as well as President of the National Academy of Sciences in Washington, D.C. The main panel of the Princeton murals presented "The Demonstration of Electro-Dynamic Inductive Action of Ordinary Electricity at a Remarkable Distance: In Front of Nassau Hall, College of New Jersey, Princeton, 1842." Other vignettes on the shorter walls included Joseph Henry meeting with Abraham Lincoln to plan the National Academy of Sciences, the weather map at the Smithsonian (1856), and making an electro-magnetic engine at the Albany Academy (1831). A caption from the Princeton Alumni Weekly, Volume 47, p. 60, indicated that Gifford Beal had been awarded funds through the Edwin Austin Abbey Mural Fund, administered by the National Academy of Design, which allowed him to choose the site and subject of his mural.
Estimate $800-1,200 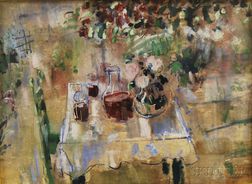 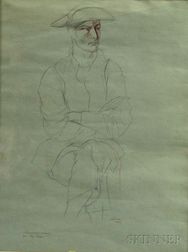 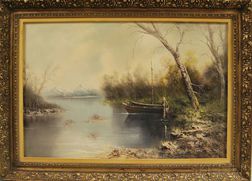 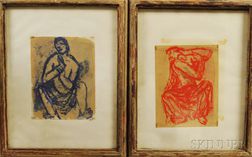 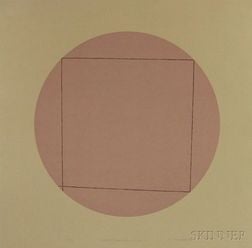 Robert Peter Mangold (American, b. 1937) Distorted Square within a Circle 2 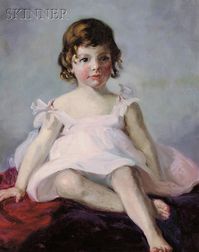 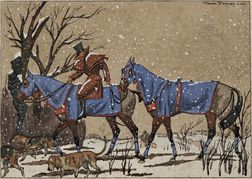 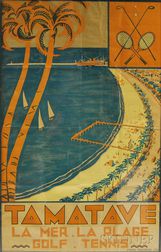