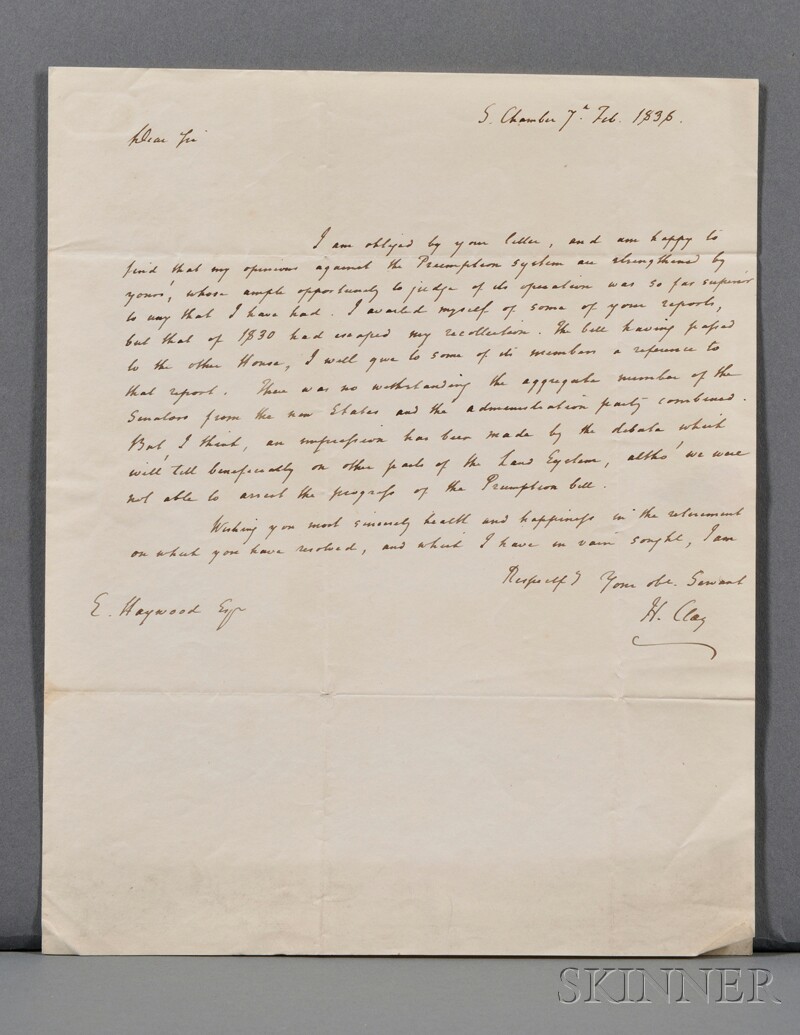 Clay, Henry (1777-1852) Autograph Letter Signed, 7 February 1836.
Single paper bifolium, one page inscribed. To Elijah Hayward (1786-1864) agreeing with his views against the preemption system, and thanking him for sending a report. Old folds, slightly dusty, addressed and sealed on the verso, with Clay's free frank, torn where Hayward opened the letter, 8 x 9 3/4 in. folded.
Henry Clay was violently opposed to preemption or Squatter's Rights laws and fought against them in Congress for years. These laws were designed to allow American citizens who had built upon or were otherwise occupying federally-owned land to which they held no title to purchase the land, and were written to facilitate the population of the "new states" Clay mentions in his letter. Feeling that the laws rewarded illegal acts, Clay repeatedly railed against them, to no avail. The Preemption Act of 1841 is credited with the settling of the Kansas and Nebraska Territories and the fulfillment of Manifest Destiny in North America.
Estimate $1,500-1,800

African-American History, Two Documents of the Slave Trade (1824 and 1827)