Gene Krupa had a lifelong association with the Slingerland Drum Company and Avedis Zildjian. This was the last set that he used from c. 1962 until 1972, when he presented the kit to the school of St. Paul the Apostle in Yonkers, New York, where he was a parishioner and where his children had attended school.
The set includes a 20-inch floor tom-tom that was custom built for him by the Slingerland Company (bearing no badge or serial number) and a Slingerland "Centennial" rack tom given to him in 1971. Mr. Krupa was also presented many cymbals by Avedis Zildjian, with whom he collaborated on the design of modern hi-hat, crash, ride, and "swish" cymbals. All were hand-stamped with his initials by the Zildjian family.
Estimate $10,000-15,000

Very Good.
All components are in working order, exactly as Mr. Krupa left them. It is not known how many times the set was actually played at the school, but it eventually did go into storage.

This is a full set that was donated directly by Mr. Krupa. The components were received at different times by him from the Slingerland and Zildjian companies, and were assembled bby him as his last kit. 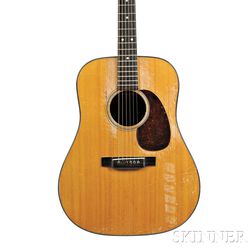