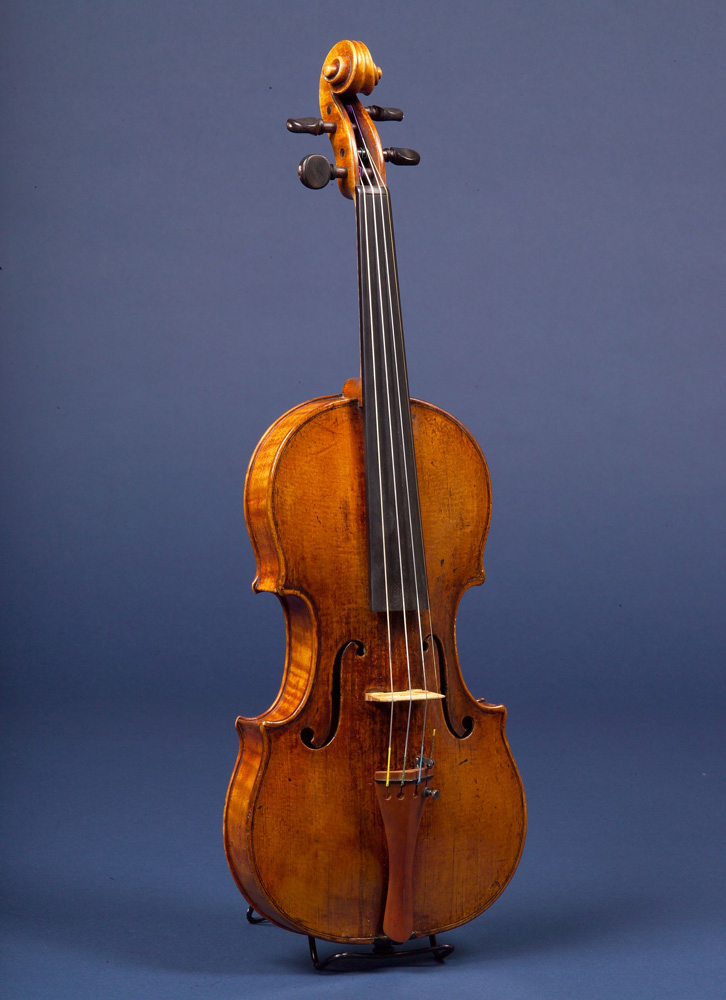 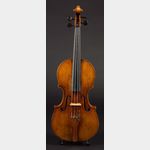 Fine and Important Italian Violin, Antonio Stradivari, Cremona, c. 1720, labeled ANTONIUS STRADIVARIUS CREMONENSIS, FACIEBAT ANNO 1724, the one-piece back of bold curl, the ribs of medium curl, the later scroll of narrow curl, the top of fine to medium grain, the varnish of a golden color, length of back 14 1/16 in., 357 mm.

Certificate: Etienne Vatelot, Paris, June 14, 1961. Provenance: M. Culenaere M. Culenaere (fils) Etienne Vatelot Lorand Fenyves The Fenyves Stradivari violin, c.1720 has been conserved in its present state for over 100 years, and in that time has never been offered for public sale. It has never been photographed or published until now, and has not appeared with the other 530 surviving instruments of Antonio Stradivari and his sons that have been catalogued and illustrated in violin literature. Its broad, full arching, large proportions, lightweight Balkan maple back and renowned sound projection are among the features which characterize the finest works of the maker's 'Golden Period'. The first recorded owner of the violin was a Monsieur Cuelenaere, Director of the Conservatory of Music at Douai, France, who purchased the instrument in nearby in Lille. There may also have been an association with the Parisian dealer Jean Baptiste Vuillaume through his protégé Paul Baille, who is known to have worked in Lille and Douai at the time of M. Coulenaer's tenure. In 1894 it then passed to his son who was already a well-known violinist in the Concerts Colonne at the Odeon Theater in Paris and at the Paris Opera. The original documents accompanying the violin were destroyed in a 1914 bombing and invasion during the First World War. After the death of M. Cuelenaere fils, it was sold to the firm of Etienne Vatelot, where it remained until 1961, when it was sold to Lorand Fenyves, then Concertmaster of The Orchestre de la Suisse Romande in Geneva, Switzerland. A prolific soloist, recording artist and distinguished professor of violin, Mr. Fenyves continued to use the Stradivari violin as his only performance instrument for over forty years.
Estimate $650,000-850,000